Home > The Court Process > Breach of Contact or Residence Order: What to Do 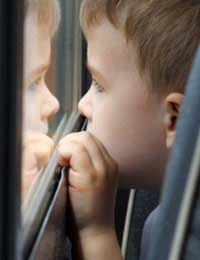 You can apply to the courts for a child arrangement order. For most parents, this will be the end of the matter, and both parties will comply with the order. However unfortunately for some parents, this can be the stage at which further problems begin, if the other party breaches the order.

What is a breach?

Arguably anything that does not comply with the order is a breach. For example if the order states that the non-resident parent should have contact every Friday from 5pm and contact is not provided until 5:05pm, this is technically a breach of the order. However it is important to be reasonable; the courts are unlikely to take any action if the breach is insignificant.

The courts' guidance states that unless a breach is regular and intentional, they will not usually take action to enforce the order or punish the breach. Further it is important to consider the needs of your child first and so some flexibility may be needed on occasion.

"I have a contact order which says that I have contact with my 14 year old daughter from 6pm on three evenings a week. My ex-wife has agreed that she can play netball for her school team on Wednesday evenings until 6pm which means that I won' see her until 7pm. Can she do this?"

Whilst it would have perhaps been better for your ex-wife to discuss this with you first, try to be flexible. Does your daughter enjoy playing netball? The courts consider a child's welfare as paramount and so her participation in such activities (if she wants to take part) will likely take precedence here. However if this causes you problems, perhaps ask your ex-wife if you can swop the day that you see your daughter to a day when she is home earlier.

"I have lost my job and have been unable to pay child support. I have a court order to see them twice a week. My ex is now saying that if I can't pay child support, then I can't see my kids. Is this a breach?"

Any changes to a contact order must be agreed by both parties. One party cannot unilaterally decide to change the order or apply additional terms. If they wish to do so, they will need to refer the matter back to the Courts.

"I have met someone I really like and would like to introduce my kids to her. I have a court order to see my kids every Wednesday and Sunday. However, my ex has said she doesn't want the kids to meet my new partner and that I can only see my kids when she's not there. Can she do this?"

Concerns often arise over a new partner being introduced to children. However the Courts will not impose a restriction on whether this person can be present during contact unless they can be shown to be a risk to the child's welfare (e.g. someone with convictions for violence or sex offences).

What to do if there is a breach

The first step in the event of a breach of an order should be to try to discuss this with the other party involved. Whilst this can often be awkward when a relationship between you has broken down, this is the quickest and cheapest way to resolve the problem. When approaching the discussion, try to be flexible. If the breach has occurred due to a change of circumstances (such as the child moving from primary to secondary school, or the other party changing jobs) then maybe you could agree a way to vary the order to something that could realistically be followed.

[The Court does not have to approve any agreed amendments to the order. However make sure that you have this agreement in writing to protect yourself should a further dispute arise.]

"I've had a court order for three years to see my children and everything was working fine, until we had an argument last week when she refused to let them come, after the third week in a row. Admittedly, it got a bit heated and we had a big argument on the doorstep. She called the police and now she has taken out a non-molestation order against me. What happens now?"

If you are unable to contact the other party directly (for example due to a non-molestation order) you may need to ask someone you trust to try to discuss the issue with them, or as per step 2 below, ask a solicitor to correspond on your behalf. In this situation, it is likely that some amendments will be needed to current contact arrangements so that you and your former partner do not see each other. For example one of you drops the children off at school and the other collects from school. Contact or Children and Family Centres will also assist with the transfer in such situations.

If you are unable to get anywhere by discussing the issue with the other party, write to them setting out your concerns and proposals to resolve the problem. If you have a solicitor, you may wish to ask them to write to the other party reminding them of their obligations under the order. [Keep a copy of any letters / emails sent in case you ever needed to refer to these in court.]

Court enforcement should only be used as a final resort, as this will be added expense, and will generally only serve to increase tensions between the parties.

In order to apply to the Court for enforcement of a child arrangement order (or contact order / residence order), you will need to fill in, issue and serve form C79 (which can be found on the HMRC website). The Court will wish to see that other methods of resolving the issue have been attempted, which is where copy letters (as in point 2 above) are useful.

If you wish to apply to vary a child arrangement order, you will need to use form C100 (which can be found on the HMRC website)

What can the Court do if a breach has occurred?

There are a number of options open to the Court in order to punish the offending parent and try to ensure that the breach does not occur. Which route the Court takes, will depend upon the circumstances including the severity and frequency of the breach, and where the child resides.If in doubt, it is always best to seek legal advice. Citizens Advice Bureau provide free and independent legal advice and can be contacted on 03444 111 444. Check out the Separated Dads Forum... It's a great resource where you can ask for advice on topics including Child Access, Maintenance, CAFCASS, Fathers Rights, Court, Behaviour or simply to have a chat with other dads.
Next Page

When Children are Taken into Care: A Guide