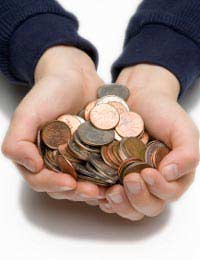 In 2007, the Liberal Democrats revealed that the Child Support Agency (CSA) had failed to collect maintenance in 34% of cases where one parent owed money. That figure was 4% higher than it had been in 2006, meaning more parents (and figures aren’t separated for men and women) weren’t paying their child support.

How Did It Happen?

Much of the problem actually lies not with the parents – most of whom are men – but with the CSA itself. Since its establishment it had undergone problems, which were worsened by the installation of a new computer system that was supposed to speed up the process, but ended up causing chaos.

That’s not to say the CSA has been completely ineffective. In 2006/7, it prosecuted 485 people for non-payment of maintenance, and took the controversial step of naming and shaming on their website another 40 whom they’d taken to court for providing false information or no information at all. They added details of the proceedings in court and the sentences received by the guilty, all of whom were men.

Among that large backlog of cases – which has been reduced, and the CSA estimates it can recover almost £2 billion of the money owed – are all kinds of people. There are professionals, labourers, those who earn a lot of money and those scraping by on benefits. There are some, like prisoners, who simply can’t pay, some who won’t pay because of disputes with their ex or over paternity, and those who are waiting to have their cases adjudicated. In Northern Ireland, the figure owed by absent parents is £3.6 million, and a stunning £41 million in South Yorkshire.

In other words, there’s no set demographic to those who owe, and they’re actually not all the deadbeat dads the tabloids claim. Many will pay, but there are also those who will have to be taken to court.

What Happens to Those Who Don’t Pay?

If a non-resident parent doesn’t Pay Child Maintenance, and the resident parent uses the CSA’s collection service, the Agency will contact the debtor to try to arrange payment, including arrears. It can access information from HM Revenue & Customs to try to track people down.

Where they can’t reach an agreement with the person who owes money, they can impose late payment penalties (up to 25% of the amount owing) and arrange to have the money garnished from wages as a deduction from earnings.

In some instances, they will take the person to court, although this is generally a last resort. The first thing they’ll do is obtain a liability order, and even then payment arrangements can still be made. In 2007/8, over 19,000 liability orders were obtained in England and Wales.

Where the CSA does obtain a judgement, there are a number of possibilities open to them, including the seizure of goods and disqualification from driving, which could affect employment. The guilty would also owe court costs. In total, 35 people were imprisoned in 2007/8 and another 400 got suspended sentences.

How the CSA is Changing

Although it won’t have any effect on penalties, the CSA was taken over by the Child Maintenance and Enforcement Commission in November 2008. It’s worth noting that the collection of child support is becoming more effective. The CSA collected £1.1 billion in the year ending September 2008, benefiting over 750,000 children. Check out the Separated Dads Forum... It's a great resource where you can ask for advice on topics including Child Access, Maintenance, CAFCASS, Fathers Rights, Court, Behaviour or simply to have a chat with other dads.

Child maintenance: What am I paying for?

A Guide to Child Maintenance Payments

Buying Presents for Your Kids