Dating As A Separated Dad 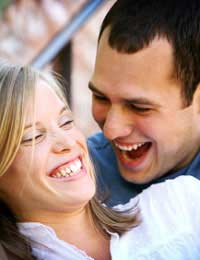 One thing most men find when they’re single again is that it’s a big, scary dating world out there. Without them realising it, the rules seem to have changed, and for many it’s difficult to approach females.

That’s not too surprising. After a period of being settled with someone, you’re thrown on your own again. Even if you didn’t like what you had, you knew what it was and what to expect. Now you’re finding your way in the world again, and trying to maintain your kids as the centre of things – which, of course, is where they should be.

Before You Start Dating as a Single Dad

As a single dad, most things in your free time will revolve around your kids, when you can see them and talk to them. That’s perfectly natural. Any arrangements with friends will take second place.

But you’ll find something else going on inside yourself. You’ll have changed from the single man who originally got together with your ex, tempered by the responsibility of having produced children. On top of that you’re now alone and trying to adjust to being single again, which isn’t easy for most people, as time in the evenings and on weekends when you don’t have your kids can feel like it stretches out endlessly.

Many suggest taking time to yourself before you plunge back into dating. The company and the intimacy can be good, but you also need to sort yourself out. Be willing to reflect on yourself, what you want from life, from another relationship, and for your kids.

In the long run, this time out can serve you well. It’s certainly healthier than careering from relationship to relationship and having none of them work out. The more you understand yourself and develop a clear picture of who you are, the better. As has been said, to love others you need to love yourself first.

Starting To Date as a Single Dad

Whether good or bad, being with your ex was a complete relationship, and you were together most of the time when you weren’t working. That’s not something you’ll get again easily, and you shouldn’t want to. When you start dating again as a single man, you should do it gradually, from dipping a toe in the water and only slowly working up to full submersion.

One of the first problems is finding someone to date. It might be someone who’s been a friend, or you could join a dating site – there are many for almost every taste and age group.

Once you have found someone to date, keep it low key. Meet somewhere public for a coffee to see how you get along when it’s just the two of you. Don’t be discouraged if there’s no spark – and even if there is, don’t expect too much. Simply enjoy a little time in someone else’s company.

You don’t need to ask for another date immediately. Think first – is this someone you want to see again? If so, call and ask her out. But let things develop naturally, don’t try to push it into a relationship. Don’t be disappointed if things don’t work out – the old saw about kissing a lot of frogs to find a prince also applies to princesses.

When to Meet the Kids?

Remember to keep your kids firmly in the centre of things. Arrange dates around your time with them. Don’t, under any circumstances, introduce your kids to a new girlfriend until the relationship is already well-established (although you should tell anyone you date about your circumstances).

The last thing your children need is to meet a succession of women. Wait until something is good, then allow a relationship to develop between your girlfriend and your children.

Starting over romantically isn’t easy. Sometimes it can feel as if, for each step forward you march two back. Just take things slowly and steadily, learn to be happy on your own, and things will work out in time.