Home > Legal > Divorce and Perverting the Course of Justice

Divorce and Perverting the Course of Justice 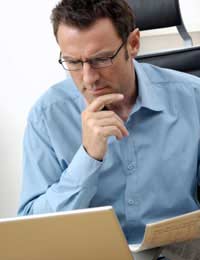 There are three ways in which an individual can pervert the course of justice:

The offence can also be committed between two or more people, which would, if proven, comprise the offence of conspiracy to pervert the course of justice, as well as an attempt to do so.

One such example of this is the case of a man who forged his disabled wife’s signature on documents relating to their divorce. He did not tell his wife that he was going to divorce her, but carried on living with her in order to share her £1m payout in compensation resulting from her claim for hospital negligence. At the same time, the man remarried in secret abroad.

His actions only came to light when his wife began divorce proceedings of her own volition and discovered that she was already divorced. The man proclaimed his innocence but was found guilty after a trial. He was sentenced to two years imprisonment.

It is clear that this man decided to take his dishonest approach because he wanted a share of his wife’s compensation payout. He must have considered that he would not have been entitled to any of this money if he divorced his wife. This may not have been the case. Compensation is a marital asset, even though the wife would arguably be entitled to more of it. The compensation money would have been offset against other assets.

If the husband in this case had acted honestly, he would probably have been entitled to a higher share of the other marital assets if his wife were to retain her compensation. This would particularly have been the case if he had helped her throughout her health difficulties.

Why You Should Think Twice Before Forging Documents in Divorce Proceedings

Most experienced divorce lawyers have seen a number of forged signatures on divorce documentation. If it can be proved that a divorce petitioner has lied, the court will ‘set aside’ the divorce and will pursue the individual vigorously. Very often, these individuals are successful, self-made businessmen or women who do not think that anyone will be able to unravel their web of deceit.

The problem is that they are so self-assured that they do not consider the consequences of their actions. If this means a lengthy period on bail awaiting trial, the public humiliation of a criminal case, a criminal conviction and eventual prison sentence this can destroy the individual’s own life and reputation.

Rather than try to take the law into your own hands, see a divorce lawyer. You don’t need to tell anyone that you have taken advice about your legal situation, and will be advised as to the best way forwards in light of your particular circumstances.

For more information on divorce proceedings, read our articles Divorce And Perjury and Divorce And Contempt Of Court on this site.

What is Abduction?
Share Your Story, Join the Discussion or Seek Advice..
[Add a Comment]
My ex wife had a court order against me for bigamy in the US 6 years ago, even though we had a decree nicie. We went through the court case and agreed a settlement where she got 65% of my government pension. I soon found out that the she had a share on her parents house which was never declared on on her documents. How do I proceed?
KenzieB - 14-Sep-20 @ 5:50 PM
I have a strong case of my exhusband and his new wife, police officers lying to court and social workers, falsifying evidence etc conspiring to pervert the cause of Justice. I have gateway evidence of domestic abuse, so please could you let me know if or where I can get help to process this through the family court, it applies to all cases for financial, fact finding and care orders/ arrangement cases. My child has been alienated from me she is only 10. I can’t find a solicitor Kind regards Isla Cuthbertson
izz - 11-Mar-20 @ 12:08 PM
My girlfriend has children with her ex-partner and his new girlfriend forged my girlfriend (the childrens biological mother(s) signature on a legal custody document with social services. What will happen?
Sandy67 - 26-Jan-18 @ 12:57 PM
my wife bought a flat and forged my name on the purchase. she needed to do this to have a salary earner to get the mortgage as she would not work and relied on the money I gave her. She bought the flat while the divorce was going through. my position was my name had been forged but directly before the hearing she provided a statement from the person that she alleged had witnessed my signature. I subsequently found out that this person was an old lady with Alzheimer's who lives in an old people's home who I did not know and could not possibly have known what she was doing. I suspect her signature was forged and my ex is only using the old ladies identity. I wish to get the order set aside.
paulus - 27-Aug-16 @ 7:03 AM
My ex girlfriend and I split up nearly 3 years ago, 9 months after the split she had a daughter which she didn't tell me was mine until my daughter was 7 months old, from the moment I found out she was mine by dnawe agreed on shared contact, until she asked me to get back with her, I said it wouldn't happen and I was and still am happy in a new relationship. A week later when she was dropped back I was given solicitors papers saying that they had been notified of my violent, aggressive,controlling and demanding behaviour and if it continued the police would be called and they would get an injunction. I was told that my days were reduced now and that I had demanded money and the time she had given me which she later said I had forced on her, no e of my solicitors have pressed these issues and I am eager to clear my name, I am now representing myself, she has convinced family and friends and social services of these claims even though it is totally untrue and I don't know where to turn or how to prove that this is all lies
tank - 16-Mar-14 @ 7:08 AM
Dear all, My wife put a false allegation of domestic violence on me and she left the house and does not want to reconcile. I want help to prove my innocence of the fake domestic violence. Thanks
Lalloo - 17-Jun-13 @ 6:20 PM
Title:
(never shown)
Firstname:
(never shown)
Surname:
(never shown)
Email:
(never shown)
Nickname:
(shown)
Comment:
Validate: