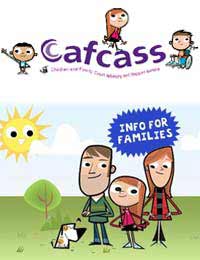 There are well-documented problems with Cafcass and the organisation has been subjected to many complaints in recent years. Although there is a multi-level complaints system in place, it is recognised that the system needs improvement and concerns of those who deal with Cafcass need to be dealt with more quickly and efficiently.

One common complaint with Cafcass, and particular Cafcass Family Law Advisors, has been that they are typically female and often from middle-class backgrounds. These two factors are often of concern to separated dads, who do not feel that their interests are adequately represented or indeed understood by female officers.

Cafcass Reports can be subjective, and very focused on the officer’s perception of the parties involved. For example, if a father has not seen his child for a year and a half, and is frustrated, angry and hurt by this, the Cafcass officer may perceive this as the father having an aggressive nature normally, which could end up having a detrimental effect on the report. Other officers may become hardened to the job, and may have developed a cynical attitude when dealing with certain types of cases.

Social work as a whole has been through a recruitment crisis in recent times, especially since high profile tragedies such as that of Baby P have acted as a deterrent for those who previously considered entering the profession. Another problem relates to accountability. While Cafcass determines that ‘all cases must be treated on their own merits’ this means that there can be a huge variation in practices both geographically and between officers.

While every individual has freedom of choice over their career, government initiatives have previously been shown to work in terms of improving a broader demographic in certain professions. In order to do this successfully within social work and in particular Cafcass, it is important to make the career more attractive to potential applicants. Reform of the system, better staff training, an implementation of firmer policies and an increase in understanding of cultural differences may all contribute towards a fairer system.

Unless and until the system in its present state is reformed, those who come into contact with Cafcass must use the complaints system. Broadly this is as follows: in the first instance, you should make a complaint in writing to the Regional Complaints Manager in your area. If your complaint is considered to have merit, it will be ‘registered’. You will be given reasons if it is not registered. If this happens, you can ask for a review by a Regional Director (but you must do this within 10 working days). Again, if you are not happy, you can go to the Parliamentary and Health Service Ombudsman, but you must do this through your Member of Parliament. Check out the Separated Dads Forum... It's a great resource where you can ask for advice on topics including Child Access, Maintenance, CAFCASS, Fathers Rights, Court, Behaviour or simply to have a chat with other dads.