Home > Case Studies > Our Kids' Reaction to Our Separation: A Case Study 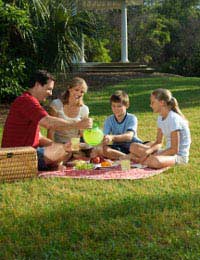 When Henry left his wife for another woman, his wife Natasha was devastated. Henry moved out of the family home and moved in with his new girlfriend, Anita. Natasha lost a lot of weight and was understandably angry and very hurt by what had happened. Their two children, Kate and Mark, aged 11 and 13 respectively, seemed to deal with the separation very well, but Henry always felt that his children were trying to be strong in front of him because Natasha was taking it so badly.

Henry carried on paying the mortgage on his and Natasha’s home, and Natasha, who hadn’t worked since Mark had been born, got an office job. As Henry was an estate agent, things went from bad to worse when he lost his job when the recession hit.

Henry spent several months looking for a new job, all the while eating into his savings. When Christmas Day came, he felt dreadful about not spending the day with his children and Natasha, but knew that he was now with the right woman, Anita. He could not afford to buy his kids the things that he wanted to, either.

When he did finally find a new job his savings were all but gone, but he was relieved to be earning again. Although Natasha was beginning to get over the break up of her marriage, Henry could not shake an overwhelming sense of guilt over the fact that he’d broken up what had generally been a very happy family unit. He knew he didn’t want to be with Natasha anymore, but he could not reconcile himself with what he had done and it began to impact on his new relationship. Anita worked hard to keep the two of them together. Henry saw his children every other weekend, but missed them terribly. He laughed and joked with his friends that he felt that he missed them more than they missed him, but deep down he felt as though he was losing them.

Henry resolved to make every weekend when he had his kids as exciting and fun-filled as possible. He took them to theme parks, camping trips, weekends away fishing and to far flung places all over the UK (see Making The Most of Your Time With Your Child). Every other Sunday he returned the children to Natasha exhausted. While Henry spent every spare penny on his children, he was also returning to work on Monday tired and drained, and full of guilt. Anita, who Natasha had banned from ever meeting the children, spent every other weekend alone. She and Henry began to argue about the amount of money he was spending on his children because they were trying to save money to buy a house together. (Read Buying Presents for Your Kids on this site.)

One weekend when Harry went to pick up his children from Natasha, his daughter refused to come out of her bedroom. Harry was distraught. Natasha took him to one side and explained that she had said she loved seeing her dad at the weekends, but ‘do we always have to go somewhere?’ Blinded by his guilt, Harry hadn’t realised that his children genuinely looked forward to seeing their father, rather than being taken on huge adventures every weekend. After that, Henry and Natasha had a long talk and Natasha allowed Henry to introduce Anita to the children. Now, although Henry and Natasha are divorced, Henry spends every other weekend with his children at the flat that he and Anita share. They go to the cinema, out to restaurants, have picnics and take long walks with Anita’s new puppy – but he’s doing what the kids want most – being a dad. Check out the Separated Dads Forum... It's a great resource where you can ask for advice on topics including Child Access, Maintenance, CAFCASS, Fathers Rights, Court, Behaviour or simply to have a chat with other dads.
Next Page

How I Felt When My Parents Separated: A Case Study
Share Your Story, Join the Discussion or Seek Advice..
Dont know where to turn - any advice would be amazing. My daughter is 7 years old i split from my ex after 16 years together not Married, I had no choice but to leave when he decided to start hitting me, I left with my daughter and went to my mums for 15 months where I shared a bed with little girl, why my ex stayed in the joint home and I kept paying mortgage and bills, I decided I didn't want to go back so offered him an amount for the house which he refused, he always said he never had any money and he never told me how much he earnt even thou I was very clear on my salary etc, he offered me a very high figure which I decided to take, it was on the condition I didn't take anything with me, I had to start again I borrowed money from my parents, we had lots of joint friends who he told I had an affair who now refuse to speak to me thou it was not the reason.I left because of the violence, I guess I didn't want to keep the house as so many bad memories, we are now a year down the line I have a lovely new partner however no matter how hard I try my ex doesn't want anything to do with his child, he used to have her every other weekend but now when it's his weekend he won't answer the phone, my little girl calls him leaves messages and he never responds, I am pulling my hair out as I wasn't my little girl to see her dad I have separated my dislike of him and all I care about is her having her dad around her, it's her birthday soon So I invited her dad he replied he doesn't want to go, I'm wondering If he has a new women and this is taking all his time up, I have been so flexible sometimes in the past he would ask if he could pick daughter up later and I always changed my plans to allow this to happen, the door has always been kept open for him however he just doesn't want to know, I have sent him lots of emails asking him to put the hate for me aside and be a good dad but he just ignores, can anyone help me where Am I going wrong ? I have everything in writing of him agreeing to having his child every other weekend but he just doesn't show up :( why doesn't he want to see his daughter he lives 10 mins from us so isn't a distance thing, he ges lots of spare time but would rather go gym or out with mates, will he ever realise the damage he is doing All I have asked is for him to Call once a week and see her every other weekend. Please help sorry it's So long x
Gems - 22-Apr-16 @ 4:54 PM
Title:
(never shown)
Firstname:
(never shown)
Surname:
(never shown)
Email:
(never shown)
Nickname:
(shown)
Comment:
Validate: