Home > Lies in Separation > Being Falsely Accused of Domestic Violence

Being Falsely Accused of Domestic Violence 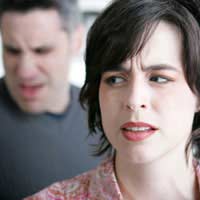 Every year, many people in the UK are falsely accused of domestic violence. The reasons for this are wide-ranging. Some partners or ex-partners make up allegations of domestic violence to get out of a relationship that they are otherwise unhappy with, others do it to spite their partners, while some still want to ensure that they stop (usually) the father from seeing the children.

In other circumstances, a stranger, someone you know, or perhaps your child’s teacher could become concerned about an injury to your child or something your child says – and refers Social Services to you. The tragic fact is that this does happen to people who are totally innocent of any crime. Sadly, although in this country you are ‘innocent until proven guilty’, the truth is that sometimes people can get charged and found guilty for domestic violence on very little evidence.

You can be arrested while in your own home, in front of your partner and children, and in full view of the neighbours. Then you can be taken to the police station, your DNA taken and held on file, and interviewed while under caution. You could find yourself in court, charged with an offence for which you have done nothing wrong. Worst of all, you could end up with a criminal conviction and sent to prison. The problem is, when emotions are running high after a break up or divorce, one call to the police can have far-reaching consequences. If word gets around your local community, you could suffer verbal abuse, harassment or worse for being a ‘monster’.

If this happens to you, you need to be aware of your rights. You are entitled to legal advice at the police station. If you waive your right, you may end up saying something that could be misconstrued, especially if you are tired or are lulled into a false sense of security by the interviewing officers. There have been many cases that have been successfully brought by the Crown Prosecution Service purely on the basis of an admission in interview at the police station.

If you do speak to a lawyer, tell them the truth because if you are coy, or uncooperative, they are not going to be able to advise you properly. The police may bail you to return to the police station on another date. If they do this, you MUST ensure you go back on the day and at the time specified, or you will be charged with an offence of ‘failure to surrender’ and a warrant may be issued for your arrest. If you are innocent of any crime, be persistent, stick to the truth and try your best not to get angry at any stage. If you find yourself in court, it is vital that you come across as genuine and sincere about your innocence.

Implications For Your Accuser

If your partner or ex-partner accuses you of domestic violence, when you have in fact done nothing wrong, by the time the police are involved your ex has already committed a criminal offence for which they could receive a prison sentence of up to six months. If they then go on to falsify evidence to the authorities – the police, social services etc – they are then perverting the course of justice. If the case actually gets to court, and you find yourself in the dock on trial for something you haven’t done, your accuser would in most circumstances have to give evidence in court. If they are still lying at this stage, they are committing perjury. These are all serious criminal offences for which your ex-partner could serve a long prison sentence.

Check out the Separated Dads Forum... It's a great resource where you can ask for advice on topics including Child Access, Maintenance, CAFCASS, Fathers Rights, Court, Behaviour or simply to have a chat with other dads.
Next Page

Being Falsely Accused of Child Abuse

Being Falsely Accused of Rape