Home > Communication > What Organisations Help With Rights for Dads?

What Organisations Help With Rights for Dads? 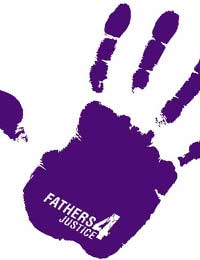 All too often, separated and divorced fathers feel they’re alone. Women have support groups of all kinds, but the men can seem left out in the cold. If they feel a sense of injustice in the way the courts have treated them, over access or other issues, they might feel quite isolated.

But there are a number of different groups that work on behalf of men. In most instances they’ve been formed by men themselves from a sense of outrage. Some – for better or worse – have received a fair amount of media coverage, but most operate largely under the radar of publicity.

They do share a lot of common goals, especially fighting for the rights of fathers, which some of them believe have been trampled by the rights of mothers, and that fathers often never receive a fair deal in court.

Probably the best-known group is Fathers4Justice, which was formed in 2003 by Matt O’Connor after a bad divorce meant he had no regular access to his children. Their tactics, such as pelting the Prime Minister with condoms in Parliament, or the alleged kidnap plot against the PM’s son, have given them a great deal of publicity, most of it very unfavourable to the cause of fathers. But there’s no doubt that, as a pressure group, they’ve highlighted the plight of a number of fathers. In 2005, a spin-off group, Real Fathers for Justice, emerged.

Families Need Fathers is, as the name implies, aimed primarily at fathers, but extends its services to mothers, grandparents and others, too. Its aim is to keep all the parties involved with their children. They particularly work with fathers undergoing separation and worried about access, helping them reach agreements to remain close to their children, and have excellent resources, including branches across the country, workshops, and a great deal more. It’s far more low-key than Fathers4Justice, and has been around a few decades now.

Also worth noting is the Fatherhood Institute, although this isn’t an advocate for separated fathers in the same ways as the others. Founded in 1999 (reportedly with the support of the government), it does support co-operative parenting, and has a number of publications for fathers, with the intent of keeping fathers as strong role models.

The Equal Parenting Council works for both parents being involved with their children after separation or divorce, and its long-term goal is to change the family justice system. It can help parents – not just men - with Cafcass and negotiate the Family Court System.

BabyFather is aimed specifically at fathers in the black community, working with the charity Barnado’s. Founded in 2002, it runs a number of programmes, and has begun a couple of training and consultancy services to help absent fathers become more involved with their children, and also focuses on the particular problems of black families.

For those living in the Nottingham area, Men United Fathers Network works for fathers in all situations, not simply those seeking greater access to their children, but as a parenting organisation. Other areas, such as Hull, also have groups for fathers.

Finally, there’s Parentline Plus. As the name says, it’s not solely for fathers, but it can help, with a 24-hour helpline that’s confidential. They also have phone support groups, and message boards on their website that can be useful to fathers.

Mediation: What is it and is it For Me?