Home > Communication > Relationships With Your Ex-Partner

Relationships With Your Ex-Partner 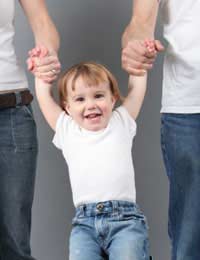 It can be very difficult maintaining good relations with your ex in the wake of a split. Feelings run high on both sides and often things are said that should have remained unspoken.

However, during that time, if at all possible, you should keep the harsher words for when your children aren’t around. They’ll probably pick up on the atmosphere anyway, but avoid being blatant.

The time just before and after the split is usually the lowest point for relations between you and your former partner. That’s not always the case – some people manage to remain friends even during this time – but in general, the best thing to do is not speak about personal issues with your ex.

You’ll need to communicate about the children, making arrangements for contact and so on. That can be polite enough, but avoid asking questions about how her life is going, whether she’s seeing anyone, or any kind of personal issues. If the split has been especially acrimonious, as some are, then make all contact with your ex as brief and straightforward as possible. Keep talk strictly about the children and contact, and deflect anything else she might bring up. In some instances no direct contact with your ex can be the best move.

Don’t relay messages to your ex through your children, and don’t say negative things about her to them.

After A Few Months

When a little time has passed and life has begun to take on a new normality, you might find that you and your ex talk a little more, and relations thaw between you. This is the best scenario. You can even become friends, after a fashion, and realise that although the relationship didn’t work, you still have something in common. This serves the children well, because they see you no longer arguing.

However, both you and your ex should make it clear to the children that this doesn’t mean you’re likely to get together again. They might well believe that an improved situation could bring them. But tell them gently, and let them down easily if they have ideas in that direction.

Don’t try to move along a relationship with your ex. Even if you feel friendlier towards her, don’t push things. Above all, don’t go back and review the relationship. That’s simply asking for trouble. Nor should you ask questions about her private life. If she wants to volunteer information, that’s fine, otherwise leave it alone. Similarly, don’t talk too much about yours, especially if you’re in a good new relationship – it can seem like gloating and just builds resentment.

The big change can often come after a couple of years, when you’ve both had the chance to rebuild your lives. By then things are on an even keel, the children are used to the new arrangements, and everyone has moved on somewhat, and you might find that you and your ex have become good friends. After all, you have the children as a common bond, and as they grow you have new issues to face, which you’ll need to discuss.

There is always the possibility that relations with your former partner will never improve. That might be on one side, or it might be mutual. However, you both need to remember that your children are in the middle, and you both want the best for them, so you should maintain a civility between you for their sake.

Remarriage or new long-term partners can also affect relations with your ex. Depending on so many factors, it can stir up old ghosts, or you can be happy for each other. You should try to be glad for her when she’s in a new relationship. If it ends, don’t say anything, but if she chooses to talk, be supportive.

Mediation: What is it and is it For Me?