Home > Ask Our Experts > Child is Left in Care of 13 Year Old: Can I Prevent It?

Child is Left in Care of 13 Year Old: Can I Prevent It? 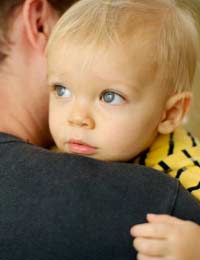 I recently split from my partner 6 months ago. We have a 16-month-old son together and I was present at the birth signing. She also has a 13-year-old daughter from previous relationship.

My concern is that she seems to think it's OK to leave the baby in her daughter's care as a babysitter until the early hours of the morning while she is out. I feel 13 is far too young to be left in charge of my baby son. What are my rights on this matter ?

When you have separated from your child’s mother it can be difficult to agree on parenting issues. As the father, you have legal responsibilities and rights to be involved in the raising of your child (see our article Your Separated Father's Rights). In general, if the child lives with your ex, then she has the say over the everyday decisions, while you should be allowed influence on major decisions. However, if you believe that you have legitimate concerns about the care of your child, you have every right to raise them.

There is no legal age in the UK for when a child can be left at home on their own or when they can babysit a sibling. The NSPCC guidelines say that a child should probably not be left home alone until they are 13. However, it depends on the child. The real issue is whether your child’s step-sister is responsible, capable and able to deal with any problems that may arise.

Being left until the early hours of the morning at that age, with a 16-month-old child to look after, is a lot of a responsibility. Only you know if you genuinely think that she is unable to deal with this.

The first thing that you need to do is try to sit down with your ex and discuss the issue. This is often easier said than done but you need to try to work together on important issues that affect your son. If she does not listen or share your concerns, the next step would be to try and Seek Mediation. This is when an independent mediator will help you both talk and try to reach an agreement.

Beyond this, if you still feel that your child’s safety is at risk, then you may want to take your concerns further. Before taking legal action or contacting any kind of official body, you should tell your ex about your intentions. You are both going to need to have a civil relationship with each other for the sake of your child, so taking it further should be a final resort. Ultimately, you need to put your son's welfare first and do what you think is right to protect him from harm.

Recommended Reading For Separated Dads
Share Your Story, Join the Discussion or Seek Advice..
[Add a Comment]
Hi, I have noticed a deduction on wages twice and found it is Child Maintenance. but I have not received any letter from Child maintenance about any claim from my child's mother. so I called the Child Maintenance agency to find out about the duction they claim that they have sent 9 letters so there is nothing they can do. however I was paying my child's mother in the past through Child Support which does no longer exist and she closed the case and said she did not need money from me. this time the Child Maintenance is taking more than what it used to be. and I have other children leaving with me. I have reported that the calculations are wrong since I have other children so they've written back saying there is no proof that I support these children (these my children with my actual wife) Any idea of how I can appeal and prove that these my children leaving with me? Thank you
thyam - 3-Oct-19 @ 9:29 PM
My ex partner is an alcoholic and I worry about her being capable of looking after our 6 year old daughter properly and what the effect of her alcohol abuse will have on my daughter. I have a full time career in a national role which I means I have to have nights away from home intermittently. I want to have my daughter come to live with me but worry how I can juggle my job and care for her. Is there any advice on who I could talk to or organisations that could help with childcare and point me in the right direction. I know this sounds as if I`m putting my job before my daughter but without my salary I would lose my rented apartment, company car and this would ultimately effect my capability to be able to look after her. I dont want her to end up in care.
Mark - 22-Nov-17 @ 10:49 AM
Its the same old story we as men have no rights in the uk and women play the system as thy don't want to lose all the nice benefits that thy get thy need to be taken down a peg or two a mother who stops her child from seeing his or her dad is not a mother in my books thy should be sent to jail I have not seen my boys for 9 mouths now and I have dune nothing wrong but let me say this to all dads out there the secret family courts are so corrupt we don't stand a chance and all it is is a gravy train for caff cass and solicitors its not in the best interest or the child at all that is a lode of tat and let us not forget y we will never see change who has the most votes in the uk guess what guys women say no more in my opinion if you cant see your kids do not pay for then put the money in a trust for them and tell the csa.
MANUP - 11-May-15 @ 12:47 PM
My ex has a new partner, even his friends call him dodgy, he works off the cards no tax no NI, cash. She is living on benefits has not declared,, my concern is when they get caught it will impact on the four children any advice.Secondly she does not know this bloke from Adam, he seems to have a shady past is there a legal way to have him checked out?Thanks
ADE - 22-Jun-14 @ 3:53 PM
Question . Does my thirteen year old daughter have the right to say who she wants to be with at any time ?I was refused seeing her on fathers day because it wasnt my weekend yet she wanted to be with me . What rights does a thirteen yearold have ?
fozz nozz - 25-Jun-12 @ 7:19 AM
Hi my ex has just moved my son into his nansWithout me knowing.I have since found out that his Off springs r now with him this is because there dad is a heroin User and she has chosen him ova my son and there two childrenthe police and social services r involved but I haven't been told any of this By my x or social services.I've got a court order saying I got him Every wkend y would they go to her mum not me the dad
whitey - 5-Feb-12 @ 12:12 AM
Title:
(never shown)
Firstname:
(never shown)
Surname:
(never shown)
Email:
(never shown)
Nickname:
(shown)
Comment:
Validate: