Home > Psychology > How to Improve Relations With Your Child's Mother

How to Improve Relations With Your Child's Mother 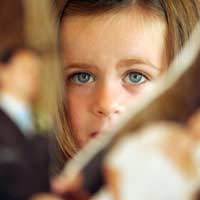 Maintaining good communication between both parents impacts on your child’s wellbeing, emotional security and confidence in many positive ways. Therefore, it is important to establish an open and honest exchange as soon as possible after separation. Although some relationships can provide challenges, when it comes to communicating in an effective and productive manner, it is important to work at creating a harmonious relationships.

Many couples experience poor communication before separation takes place. In some cases, communication can become almost non existent, which creates further problems regarding custodial and property issues and agreeing effective solutions. There are, however, simple ways to improve communication and to establish shared responsibility and decision-making:

Improving relations with an ex-partner is a two-way exchange. All relationships naturally have their ups and downs and understanding how to maintain balance will help you identify ways of making improvements. Committing to checking in with each other, regarding parental and Financial Issues, also creates a positive exchange in communication and problem solving. Remember to also be mindful of expressing any negative criticism, however, as this will affect all the positive efforts you are making.

Appreciating the care and attention your ex-partner consistently shows your child/children creates a positive impression that encourages reciprocation. This in turn improves interaction and communication and encourages the development and growth of harmonious relationships.

Being tolerant of each other, regardless of previous challenges and difficulties, also enables you both to move forward in creating a more rewarding form of communication that benefits everyone.

What Not to Do

Making good communication a priority will ensure you pay careful attention to behaviour or questioning that may provoke a negative response. Ensuring you are attentive, supportive and willing to create positive changes will also help you maintain a positive outlook.

If All Else Fails

Couple counselling is not exclusively available to cohabiting individuals. In times of great stress, emotional difficulties and poor communication, counselling may provide you with the best solution to improving relations with an ex-partner or spouse. Using Mediation can also help couples overcome communication problems so that they are able to work together at maintaining an improved level of communication, acceptance and understanding of each other and shared circumstances. Check out the Separated Dads Forum... It's a great resource where you can ask for advice on topics including Child Access, Maintenance, CAFCASS, Fathers Rights, Court, Behaviour or simply to have a chat with other dads.

Coping With Life as a Separated Dad

How to Change Your Life After Separation

The End of a Relationship: What Went Wrong?

Balancing Your Needs With Your Dependents