Home > Ask Our Experts > Ex is Changing My Daughter's School: Should I Be Consulted?

Ex is Changing My Daughter's School: Should I Be Consulted? 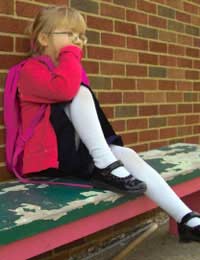 My wife, from whom I separated 20 months ago, has recently moved from the house she was renting in the same town as me to a town 11 miles away. I have just found out from my child that she is moving my 7-year-old daughter to a school in her new town from September.

Do I have any say in whether my child moves schools? We have informally agreed 50/50 shared custody of our four children and my daughter moving to this school will impact on my ability to have her to stay overnight Mon-Fri, and being able to take her to school. Many thanks for any advice you can give.

When you separate from your partner there is always a tug of war about who can make decisions concerning your children's wellbeing. Finding out through your child that your ex is making an important decision without you is frustrating, and you probably feel like your opinions are not being taken into consideration. Not only has your ex moved your children further away, but now she is trying to change other important parts of their life.

It is unfair of your wife to make this decision without talking to you first, as you should be consulted about your child moving schools. As you were married to the mother of your child you will have legal responsibility for your child. This means that have a responsibility to provide for your child but also that you are entitled to a have a say in their upbringing and have a Right To Be Kept Informed Of Important Developments In Her Life.

Although it is good to stay out of the courts, it may be better for you to formalize your custody agreement so that your rights can be recognized. As this decision will impact on your ability to care for your child it is a major one and you should be able to fight against it if you want to. Tell your wife about your concerns but, if she is unwilling to cooperate, it may be a good idea to consult your lawyer as you have a good legal case.

You do not say what your relationship with your wife is like but try talking to her (read our article on Developing An Amicable Relationship With Your Ex). You should not be hearing about things like this through your child and if you agree to joint custody, she has to realise that you need to be consulted about any decisions that she makes. Setting the ground rules now will help you both be clear about your rights and responsibilities as you move forward.