Home > Ask Our Experts > Is My Ex-Wife in Breach of The Contact Order?

Is My Ex-Wife in Breach of The Contact Order? 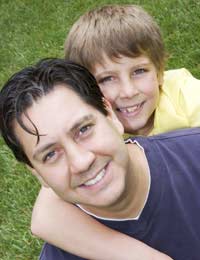 I have had a contact order for my 7-year-old son for the past 3 years which determined fornightly weekends with me and my wife.

Recently, my ex-wife moved 170 miles away without my consent, making it more difficult for me to have regular contact (work commitments, new family, cost and time). However, I have maintained three weekly visits. Recently my ex has refused to let my son visit the family home unless we get rid of the family dog, as she sees it as a threat to my son's safety (there are four other children who live with us safely). This is effectively making it impossible for me to have my son with me. Is this in breach of the contact order and what rights or recourse do I have?
(R.G, 22 September 2008)

The first thing you should do is seek professional legal advice, but on the face of it, this sounds like a breach of the contact order. You’re really raising two separate issues here, which are your ex moving and also her refusing you let your son visit you in your home.

As to the first, as long as she remains in England or Wales, then it would appear she’s perfectly within her rights – people move for work or for other reasons. If she moved outside that jurisdiction, such as for instance, you could obtain a Prohibited Steps Order to prevent her going with the children. But this is not the case unless she’s moved to Scotland, where a slightly different legal system applies and you could raise objections to her taking your son there.

It’s unfortunate that she moved, since it obviously affects your contact with your son, but it doesn’t appear to violate the contact order, unless there were specific provisions in it. The other issue is more immediate and important. You don’t mention whether the dog is a new addition to your household. If not, it means that no circumstances have changed, so unless the dog has exhibited aggressive behaviour, there’s no just cause for her to change the conditions of the contact order.

Although a lawyer can advise you fully, it would seem as if you’ll need to go to court to have the contact order enforced. You will probably want to detail the changed circumstances (your ex’s move) and that you’ve done everything in your power to maintain regular contact with your son, as well as evidence that the family dog has proved to be no threat to the children already in the house.

Because of the move, if the court is willing to make sure the contact order is enforced, it might be possible to mediate a change in it so your son can perhaps spend some holidays, such as half-terms and so on, with you. To an extent this depends on your ex and her willingness to allow this, of course.

Again, though, the emphasis is on seeking proper legal advice as soon as possible.

For more information on your rights, read Your Separated Father's Rights on this site. Check out the Separated Dads Forum... It's a great resource where you can ask for advice on topics including Child Access, Maintenance, CAFCASS, Fathers Rights, Court, Behaviour or simply to have a chat with other dads.