How Stephen Won His Access Battle: A Case Study 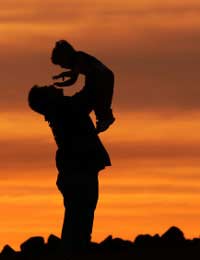 Stephen Green thought he’d always been a good husband and father. He and his wife had two children, a boy called Sean, who was 11, and Lisa, who was a year younger. When his marriage to Andrea broke down, all he wanted was to be able to see them regularly.

“I love my kids,” Stephen said. “If it had been up to me, my ex and I would have stayed together. Things weren’t that bad. But she’d become more and more unhappy. We went to see a counsellor for a little while, and that helped, but soon she was saying she needed a divorce. Finally I agreed.”

Stephen wanted to be fair to his partner. So the kids could have continuity, he let Andrea keep the house. Between the two of them, they agreed that the children could spend every other weekend with him, and he rented a flat in Apsley, close to the family home in Hemel Hempstead.

Stephen assumed everything would go smoothly in the divorce, and that they’d be able to arrange everything without a court battle. Good relations between the two of them would make the divorce much easier for the kids.

How it all Changed

“Suddenly, Andrea was different. I still don’t really know why. She started laying down these conditions. I had to pick the kids up at a certain time and they had to be back by five on Sunday – on the dot. If I was even five minutes late, she’d throw a fit and say I was abusing my access, then threatening not to let me see them next time. She wasn’t the same person I’d known at all.”

He realised it was time to have a good solicitor to make sure his access rights were confirmed, even though he didn’t really have the money after paying rent and Child Support.

Meanwhile, Andrea was threatening to move away – she claimed she’d been offered a job in Newcastle. That meant he’d hardly ever see his children, and Stephen was beginning to become frantic.

His solicitor suggested They Use Mediation to reach an agreement. Stephen wanted to see the children more than every other weekend – he really wanted to have them every weekend and even one night or more during the week as he lived close enough to take them to school.

But Andrea wouldn’t budge. Every other weekend was all she’d allow, so the mediation ultimately came to nothing. There was no alternative, they were going to end up in Family Court. Stephen’s solicitor explained that disputes about access meant there’d be a report from Cafcass, and that he – along with Andrea, the children, and others – would be interviewed.

“He told me just how important the report was, and that made me really nervous. This was my future, me seeing my kids, and it was all down to what a social worker thought.”

The interview was long, and he didn’t feel good about it afterwards. “I thought I’d said all the wrong things, how I was worried about her, how she’d become strange, and that I wanted to see my kids a lot,” Stephen explained.

When the day of the case arrived, Stephen was on tenterhooks. His solicitor had read the report carefully and said there was nothing to worry about – the recommendation was for regular access, especially because the children wanted that, too.

In the end, he was right. Stephen was granted access every weekend, with one other night during the week.

“Andrea was furious at first, but slowly she got over it. This was over a year ago and things have settled down a lot. I still don’t know what happened to her, but things are calm now, no little niggling. The most important thing is that the kids are happy with the way things have worked out.”